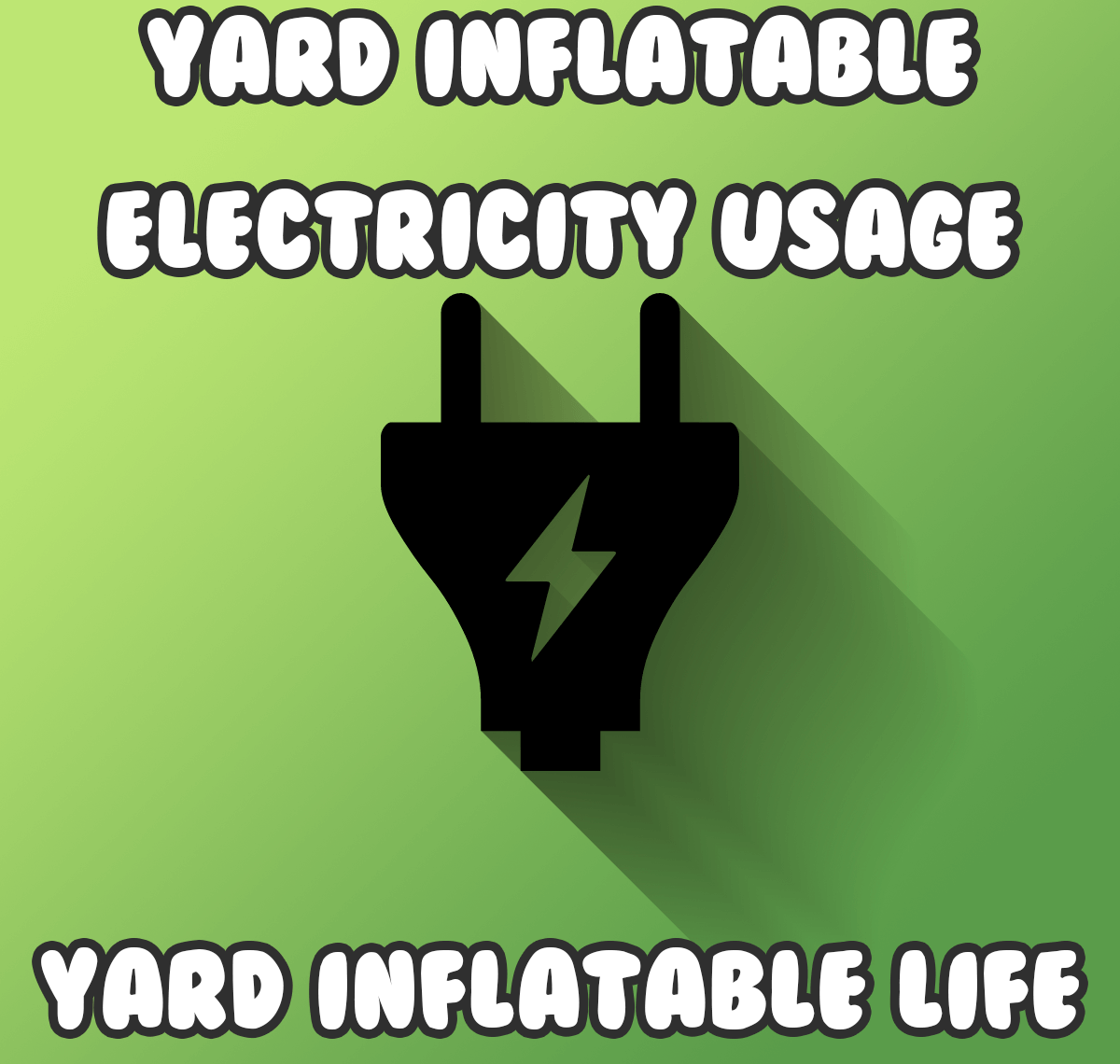 When you’re getting into yard inflatables, at some point you’ll probably stop to wonder “How much are these things costing me on my electric bill”? This is not an uncommon question at all, so we did some research and some math to find out how much electricity a yard inflatable uses.

Without buying your own electricity usage monitor, there’s a few factors we can use to give you a ballpark of how much it’s costing you to run an inflatable.

If you have a yard inflatable that’s animated, that’s going to suck up more electricity to make the motions happen.

This is something you’ll need to check your power bill for to find your current rate, it should be listed in xx cents per kilowatt-hour (kWh). The national average in the US is 12 cents, so we will use that for our calculations.

How often you keep your inflatable running through the day will obviously play the biggest factor in how much energy it uses.

We will assume your inflatable run 12 hours a day for our estimations, so be sure to modify it accordingly to fit how you plan on using your inflatables.

You may want to keep your best Christmas yard inflatables running 24 hours a day, so in that case, just double the calculations below.

The below figures are only estimations based on manufacturer claims, in the real world your costs could be higher or lower. Use an electricity usage monitor if it’s important enough to you that you need exact figures.